SCIENCE EXPO AHEAD, Says Professor explosive as he was making science pancakes. He was so busy with us that his pancakes burnt. He burnt more than 3 pancakes and had only one good one. “ Ok then say professor explosive Time for team 1”.


If you guys don’t have a clue about Science Expo this is what it is. Well the truth is I have absolutely no idea because i Just made it up while looking at my blank doc and thinking about a good sentence starter. Anyway back to the story.


As Team 1 was arriving for there act there was a clash, a lady called which friedman  ruined the whole act. The old which Said “ YOU RUIN EVERYTHING”. As she tipped over the cardboard. As many acts came by all the acts were failing except for one. This act was the worst lol !!!!.
Mr Vottom Introduced himself to us and his assistant. They  had done experiment based on liquid, gas and solid. They started off with liquid they popped water balloons and it went all over the stage, gas was tested with cocke and was getting exploded solid on the other hand was different they put ice in the teachers back and suddenly fell and stayed on the ground. The whole hall was in silence after a gaspe.


The principal had called the medic and they came and took her they told him she has a high chance of passing out. After seven to eight weeks the doctors sent her on a wheelchair. The doctors said here recovery time is i  don’t know yet. But it  is a long time till you can walk. She had broken her spine. OUCH!!.


So boys and girls and parents. That's why safety is always comes first before fun.
Posted by Muba at 10:22 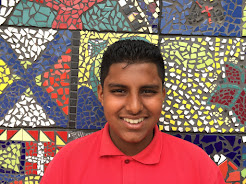